Created to give voice to communities of individuals with specific sexual orientations or gender identities, Illinois LGBTQ+ media have a long history. Over the last 35-plus years, they have evolved to become necessary to their audiences, covering the challenges these communities face while adapting to digital media.

While Chicago’s Windy City Times is Illinois’ largest and best-known outlet, various other media have popped up to appeal to LGBTQ+ audiences across the state. These media include the Illinois Eagle published from Springfield, the Quad Cities’ The Real Mainstream, Go Pride Chicago, and the St. Louis area’s Boom LGBT. 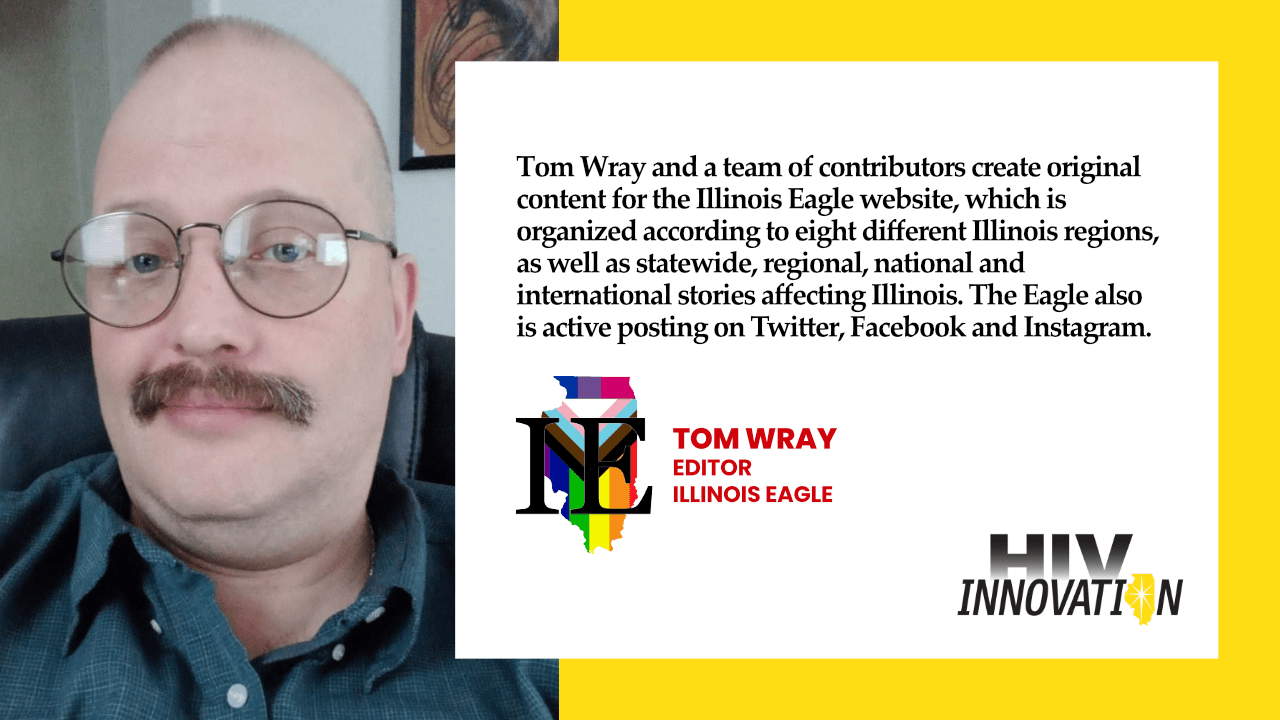 Published since 1985, the Windy City Times (WCT) has built a reputation as a respected and integral part of the Chicago LGBTQ+ and journalistic communities. Once a biweekly print publication, WCT went exclusively digital in 2020 and has built large followings on Twitter, Facebook and Instagram.

WCT completed an excellent “HIV at 40” series during 2021. The series included a special insert published in the Chicago Reader. WCT’s contribution to the LGBTQ+’s community was covered by the Chicago Sun-Times.

After acknowledging the great job WCT does in covering LGBTQ+ issues in Chicago and beyond, Illinois Eagle editor Tom Wray stated that he began publishing online in the late 1990s to give voice to those outside of this metropolitan area. “I love Chicago. I lived there for 23 years, but it dominates so much of the state’s conversation,” he said. He emphasized the vibrant LGBTQ+ communities in northwest and downstate Illinois. “For example, Springfield, where I live now, has had an LGBTQ+ community center (Phoenix Center) here for at least 20 years.”

Wray started what is now the Illinois Eagle and what was originally called the Windy City Banner about 11 years ago, he said. Wray and a team of contributors create original content for the Illinois Eagle website, which is organized according to eight different Illinois regions, as well as statewide, regional, national and international stories affecting Illinois. The Eagle also is active posting on Twitter, Facebook and Instagram. While managing all of this work, Wray works full time developing online training content for corporations.

The Real Mainstream began publishing in Iowa City as an online and print publication in 2018 and expanded into Illinois “right before the pandemic hit,” said editor Christine Hawes, by relocating to the Quad Cities in March 2020. The Real Mainstream’s goal has been to be “strongly and very blatantly LGBTQ-identified but also intentionally and always intersectional,” she explained. “(Being intersectional) feels even more important today than it did in 2018 and 2019, given not only the George Floyd murder, but the challenges women, people of color, and the LGBTQ and transgender communities are facing.”

An example of this intersectional approach are the Real Mainstream’s recently published articles describing how The Project of the Quad Cities‘ HIV work intersected with the empowerment of marginalized communities and harm reduction services, Hawes explained. While practicing what she terms as “advocacy journalism” for the LGBTQ+ community, the Real Mainstream has intentionally offered publishing opportunities to BIPOC and gender nonconforming writers, she stated.

The Real Mainstream has a Facebook page, plus Twitter and Instagram pages, but Hawes said she is “trying to build apart from social media in a way,” offering various methods of distribution. In addition to offering subscriptions for the print publication and an e-newsletter, The Real Mainstream is “building a focus on public access points like libraries, schools, and diversity offices where one copy is seen by an untold number . . . these are all forms of communication that are not algorithm-driven and in that potentially harmful world of social media, where it’s not a safe place to have discussions sometimes,” she said.