Getting to Zero HIV Cases Can Be Achieved

If you are diagnosed with HIV, you should begin treatment as soon as possible.

HIV treatment will benefit you and prevent you from transmitting the virus to others. That’s why the term “treatment as prevention” was coined. Due to advancements in HIV treatment, getting to zero HIV cases is now an achievable goal.

Treatment as prevention is defined as a doctor prescribing anti-HIV, or antitretroviral, medications to HIV-positive individuals. This treatment lessens the risk of passing the HIV infection to others. People living with HIV should take these medications every day, exactly as prescribed, to reduce or suppress the HIV viral load, or the amount of the HIV virus in the blood. Achieving “viral suppression” in this way prevents illness by keeping the immune system functioning normally.

The findings of recent medical studies show that people with HIV who have achieved viral suppression have little chance, and possibly zero chance, of transmitting HIV to others through sex or needle sharing. Similarly, pregnant or breast-feeding women who have achieved viral suppression have virtually no chance of passing HIV onto their babies. However, as you reduce your viral load, practicing safe sex and taking care of your physical and mental health remains very important.

As a result of these encouraging studies, Illinois is among several states and cities that have begun “Getting to Zero” initiatives to gather community input, engage key stakeholders, and develop a framework for a HIV treatment and prevention plan.

While people living with HIV can prevent transmission by achieving viral suppression, HIV-negative people at high risk for HIV can protect themselves from infection through pre-exposure prophylaxis (PrEP) or post-exposure prophylaxis (PEP). PrEP involves taking anti-HIV medications daily to lower the chances of acquiring HIV from an HIV-positive partner. PrEP is highly effective if used as prescribed, but less effective when not taken consistently.

PEP involves taking anti-HIV medications after being potentially exposed to HIV to prevent becoming infected. Available at emergency rooms and doctors’ offices, PEP must be started within 72 hours after a possible exposure to HIV as a result of sex, sexual assault, sharing needles or works to prepare drugs, or a healthcare workplace accident.

Pregnant women living with HIV can improve their health and greatly lower the chances they will pass HIV to their babies by taking anti-HIV medications before, during, or after birth. If a woman takes anti-HIV medications as prescribed throughout pregnancy, labor and delivery and while breastfeeding, the risk of transmitting HIV can be 1 percent or less.

This is all good news for people living with HIV, their partners and their babies. The key, though, is staying in regular care and taking anti-HIV medications every day, exactly as prescribed, to achieve viral suppression and to prevent transmission to others. 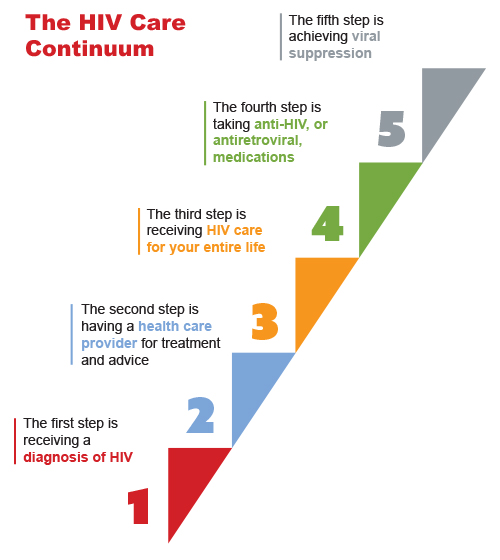